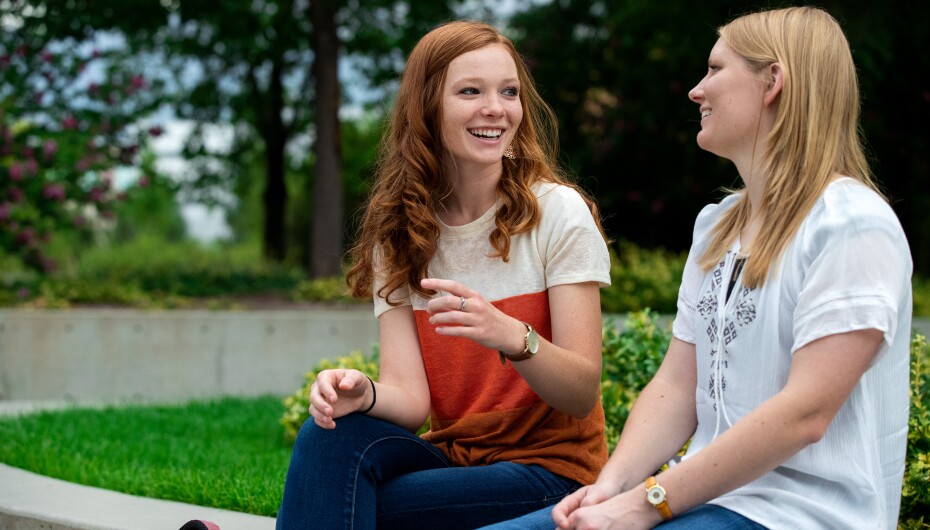 Liz Rollins presented research on how self regulation and shame mediate the relationship between childhood experiences and young adult health at a conference for the State of Research on Prevention of Child Maltreatment.

Liz Rollins, a BYU Public Health alumni who studied Health Promotion, presented research at a conference for the State of Research on Prevention of Child Maltreatment in November 2020.

Her research focused on how self regulation and shame mediate the relationship between adverse and advantageous childhood experiences (ACEs and counter-ACEs) and young adult health.

Rollins became interested in ACEs and counter-ACEs in an Introduction to Public Health Research course with Dr. Ali Crandall. Rollins said, “I learned more about how counter-ACEs can protect against some of the negative effects of ACEs and thought that the topic was really interesting, so I applied to be a research assistant to learn more and become involved.” As a research assistant with Dr. Crandall, Rollins received a CURA grant (College Undergraduate Research Award).

For her study, Rollins used data collected by the BYU Department of Family Life from a ten-year longitudinal study done in a metropolitan area for the Flourishing Families Project. Through data analysis and structural equation modeling, Rollins discovered the answers to her questions.

One key finding was that self regulation, which refers to a person’s ability to manage their emotions, thoughts, and behaviors, was shown to protect against depression, anxiety, and substance abuse in young adults. Counter-ACEs were shown to positively impact the health of young adults. For Rollins, these results were meaningful because of their ability to help to close existing gaps in the literature and their potential implementations for practice. She said, “It was really impactful for me to see how childhood experiences can influence an individual’s health in young adulthood which would in turn impact health in adulthood. My research also helped to further my desire to work in preventive health.”

Rollins was also inspired by the idea of working to create more opportunities for youth to have counter-ACEs. Examples of counter-ACEs include having a trusted adult, liking school, or having a regular schedule, which can make a lasting difference in a child’s life even if ACEs are present. Rollins recommended “reaching out to youth, being their friend and being someone they can trust,” in addition to creating programs that help youth to develop self-regulation.

For students interested in doing mentored research, Rollins said, “I absolutely recommend it! I learned and developed skills that will help me in my future career.” Presenting the research was also a beneficial experience for Rollins, who described it as a great opportunity to “talk to people who are further along in my field about topics that we are both interested in.” A research paper detailing Rollins’s findings is currently being peer reviewed by an academic journal.

To learn more about research on ACEs and counter-ACEs done by Dr. Crandall and other professors in the Public Health Department, follow this link to the article published in the National Library of Medicine, ACEs and counter-ACEs: How positive and negative childhood experiences affect adult health.